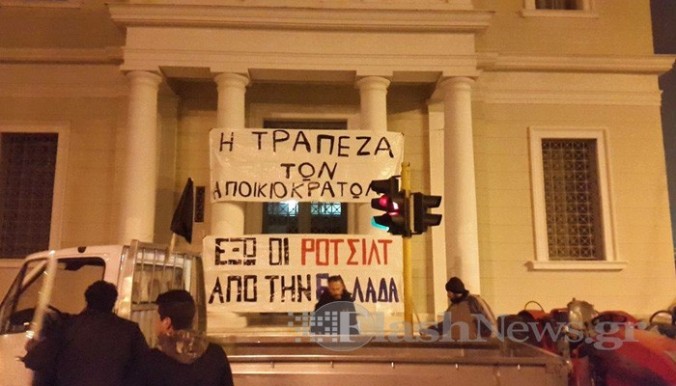 Background: Protesting farmers drive tractors through Athens
Protesting farmers displayed two banners last week (8/2) at the entrance of the National Bank of Greece in Chania, the second largest city of Crete. The first one featured the message “The Colonial Bank” and the second one the message “Rothschilds out of Greece”, implying that the National Bank is controlled by Jewish banking families.
Media outlets (star.gr, protothema.gr) which reported on the protest failed to recognize the antisemitic nature of the afore mentioned banner.