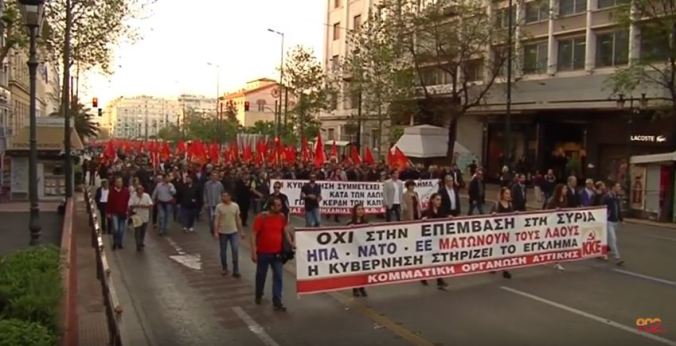 Demonstrators protesting “the imperialist attack on Syria” in Athens. Screenshot via inter.kke.gr

The Greek Communist Party (KKE) organized a rally in central Athens to protest the US-led airstrikes against Syria on Saturday. The protesters chanted anti-U.S., anti-Nato and anti-EU slogans and even set an American flag on fire right in front of the American Embassy.

The Greek Communist Party issued a statement in which it blasted the SYRIZA-ANEL coalition government for “implicating” Greece “deeper in this massacre, on the account of the Greek capital, that is claiming its participation in the distribution of the loot and of the market shares.” It also accused the Greek government of cooperating militarily “with states-killers such as Israel.”

“Despite the problems facing our people, we must not underestimate the fact that a genocide is taking place in our neighborhood. Innocent children, women, families are being killed,” Koutsoumbas said during a meeting with former Greek President Karolos Papoulias in Athens four years ago. 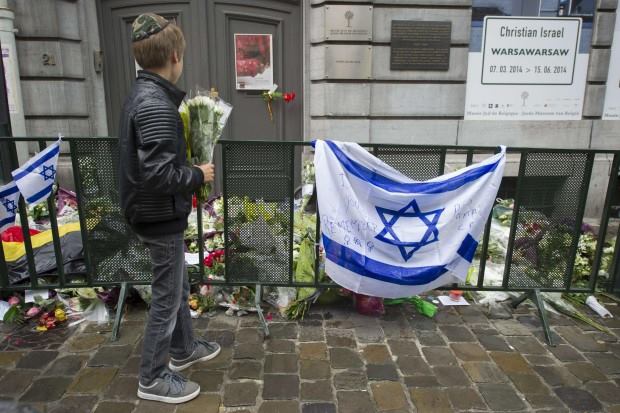